Zombie Island is a 1998 direct-to-video animated comedy horror film based on Hanna-Barbera’s Scooby-Doo Saturday-morning cartoons. In the film, Shaggy, Scooby, Fred, Velma, and Daphne reunite after a year-long hiatus from Mystery, Inc. to investigate a bayou island said to be haunted by the ghost of the pirate Morgan Moonscar. The film was directed by Jim Stenstrum, from a screenplay by Glenn Leopold.

Jumbo also known as Jumbo the Elephant and Jumbo the Circus Elephant, was a 19th-century male African bush elephant born in Sudan. Jumbo was exported to Jardin des Plantes, a zoo in Paris, and then transferred in 1865 to London Zoo in England. Despite public protest, Jumbo was sold to P. T. Barnum, who took him to the United States for exhibition in March 1882.

The Black Pearl is a fictional ship in the Pirates of the Caribbean film series. In the screenplay, the Black Pearl is easily recognized by her distinctive black hull and sails. Captained by Captain Jack Sparrow, she is said to be “nigh uncatchable”. 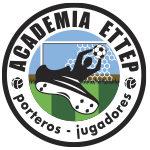